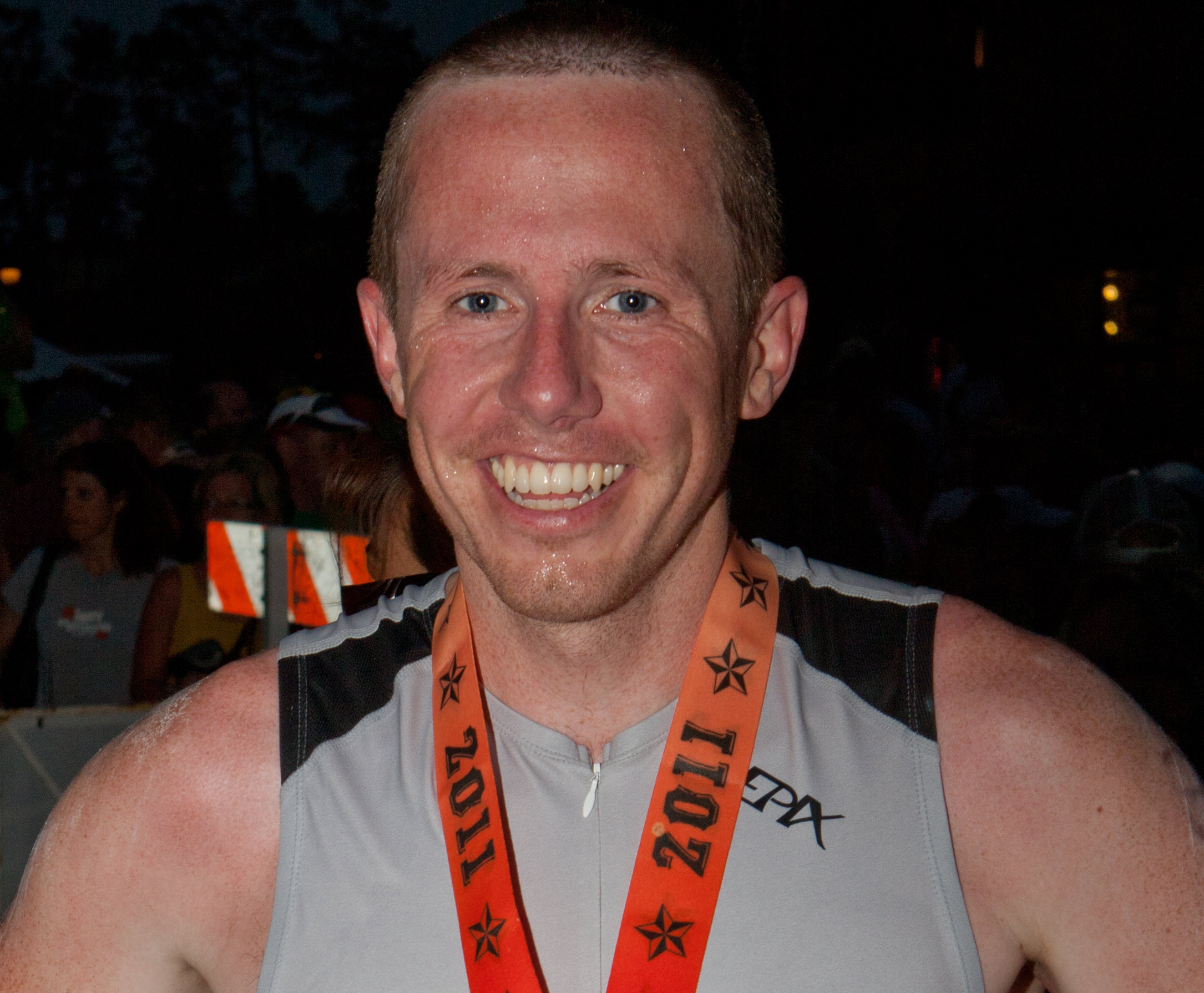 Thor Gudmundsson, you are an Ironman!

The decision to compete in a full-distance Ironman event really happened exactly one year prior to the 5/21/11 event, at a Hawaiian themed work BBQ event where Ironman Cozumel champion and Kona qualifier Dave Kyle told me to put up or shut up and just register for the darn thing!

Flash forward six months to a cool morning in January 2011 at Memorial Park, just one week before the Houston marathon. I had joined the first Team COCI (Cherish Our Children International) sponsored training clinic of the year, a relaxed 6 mile run around the park while making big plans for the new year. I had just set up my fundraising page the night before and already received my first donation! (Thanks Will!) May 21, 2011 and Ironman Texas still seemed so far away…

Another four months later, and I find myself in a motel room off of I-45 making final preparations for the big day. I had scouted out the course with Lamy and Sean earlier and just returned from a pre-race dinner with the awesome support crew of Jeff, Kate, Will and Leah. Special needs bags were packed. My outfit for the morning was laid out, and all that remained was to turn off the lights to try to get a few hours of sleep!

I woke up at 4:15 am, and everything goes as planned. I’m at transition checking on my bike by 5:00 am, pumping the tires with plenty of time to spare. Will and Leah show up at 6:00 am and Jeff and Kate just after, all ready for a long day of cheering and supporting. Walking over to the swim start, I felt good but nervous in a nice exciting way. I decide to not swim with a wetsuit because I figured that if the pros aren’t using them I shouldn’t need to, and can you really call yourself an Ironman if you’re using a flotation device? The sound of Ozzy Osbournes Ironman blasting out of the loudspeakers really pumps me up before the start, but I stick to the back to avoid the mayhem of 2000+ swimmers all starting at once. At the shot of the cannon, the water instantly comes to a boil with all the arms paddling for position. I take the outer route to avoid most of the mayhem and realize that all the early mornings swimming at the Lake Jackson recreation center are finally going to pay off! Swimming down the canal for the final half mile was somewhat strange, seeing people on the shore within an arm’s reach cheering you on. I finally make it out of the water, at what wasn’t the fastest time, but feeling real good!

In transition, I’m excited about at last getting to pull on my Team COCI jersey! I grab a quick snack, throw on the bike shoes and head out to find my bike. Smiling from ear to ear, I take in the atmosphere at the bike start and even spot some friends! As soon as the crowd starts thinning out a bit I feel my legs begging me to go faster. After two weeks of

tapering they’re just dying to speed up but I try to hold back knowing that I need to save energy to face the strong head wind on the way back. What makes it even more difficult to hold back is that people keep calling out ‘Go Team COCI’ as soon as they see my grey and pink jersey! Now, at this point I just have to say that the course was absolutely beautiful! I had cycled through the area before, but this day the course went down some smaller roads through dense forest and it was just the best type of environment for a long day in the saddle! Half way through the bike it still hasn’t been 3 hours so I’m getting worried that I’ve been going too fast. I refuel at the special needs stop wolfing down a PB&J and Nutella bagel, a banana and some tinned pears. Five minutes later I’m back racing down the road, passing one rider after another. I must have shouted

‘On Your Left’ about 500 times! As the miles rack up my legs are still feeling great so I’m becoming very optimistic. Turning off the main road back into the town of The Woodlands at about the 100 mile point the bike route widens and I actually start to speed up! Before I know it I’m back at the transition area just thinking ‘that was a terrific ride! And it’s not even 15:00 (3pm) yet?’

Transition 2 takes a little bit longer. It takes a little while for the blood to return to my toes, and in my hurry to get those mandarin pieces down my throat I cut myself on the tin can they were in and start letting blood that way too… Once out on the course though I’m amazed with how good I feel! At first I’m confused thinking that at any moment my body is going to shut down, but with every mile and after seeing the HRTC crew and all the Team COCI supporters my confidence only grows! I even see Dave who got me into this mess in the first place out on the course, but seeing his enthusiasm only gave me more energy. 9 miles in and with 2 laps left I’m keeping a good steady pace and feeling good. It’s on the 2nd lap where I start slowing down though, and eventually need to walk some. The biggest challenge really is trying to eat because although I’m feeling good, my appetite is gone. I keep taking a cup each of water, energy drink and cola at each station, finishing with a nice dose of ice water over the head. It’s on the third lap that I look at my watch and realize that if I pick up the pace just a tiny bit I’ll have a real good chance of finishing under 13

hours! At this point if there was any pain it just goes away and I simply decide in my head that I’m going to finish strong and run the last 6 miles non-stop. It seems to be going well, I keep encouraging myself, telling myself that I’m doing this not just for myself but for Team COCI, the people cheering me on, the generous donors to my fundraising efforts and most importantly the children who are helping me become a better athlete! I start passing people again and by the last mile I’m down to an 8 min/mile pace again, even passing a Pro with about a half mile left. As I approach the finish I see that the clock will stop for me with a 12 at the beginning instead of a 13 so I let out a big roar at the end just feeling so fantastically great and happy and strong and just feeling all kinds of sensations all at once! As soon as I’m across the finish line I’m greeted by the awesome support crew of J,K,W,L and I just feel so happy and proud and glad, truly a moment I’ll never forget. I see Dave on the sideline as well and hear Gabrielle from Team COCI calling out

my name. With a huge grin on my face I’m just so excited about seeing Gabrielle and Bill, the true leaders of Team COCI!

There isn’t a way to express how incredible the whole day felt, especially the 30 minutes after finishing. I was now an Ironman! The greatest part of all though was that I was able to become an Ironman while doing something little to help out the COCI kids, being a part of the most amazing team of all, Team COCI! All the hard work paid off, and now the only question is, when’s the next race??? 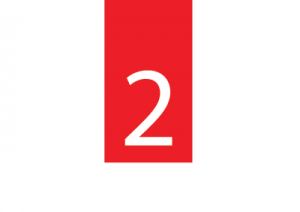